A Place for Discovery Learning 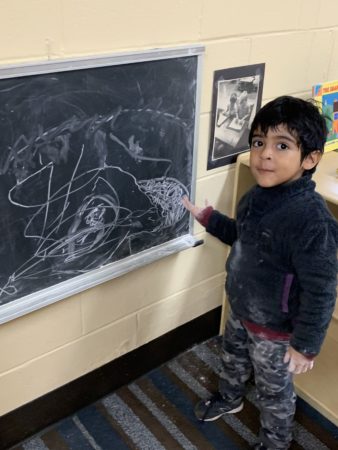 [Editor’s note: this will NOT happen to your child at Open Door]

Once a little boy went to school. He was quite a little boy and it was quite a big school, but when the little boy found that he could go to his room by walking right in from the door outside he was happy and the school did not seem quite so big any more.

On another day when the little boy had opened the door from the outside all by himself, the teacher said, “Today we are going to make something with clay.” “Good,” thought the little boy…he could make all kinds of things with clay…snakes and snowmen, elephants and mice, cars and trucks, and he began to pull and pinch his ball of clay. But the teacher said, “Wait and I will show you how.” And she showed everyone how to make one deep dish. “There,” said the teacher, “Now you may begin.” The little boy looked at the teacher’s dish. Then he looked at his own. He liked his dishes better than the teacher’s, but he did not say this—he just rolled his clay into a big ball again and made a dish like the teacher’s. It was a deep dish.

Written by Helen E. Buckley, author of Grandfather and I, Grandmother and I, and Where Did Josie Go?, lives in Bradenton, Florida, and Pulaski, New York.