Talking About Children in Their Presence 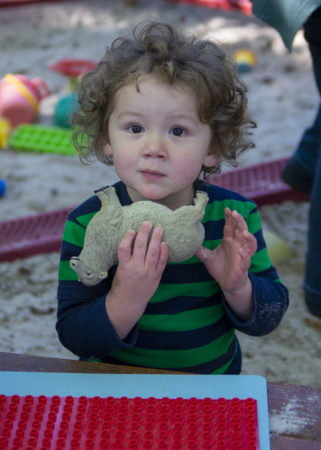 We all talk about children in their presence, in our thoughtlessness, we all have at some time done it—before we had our eyes opened to its cruelty and discourtesy. We have all undoubtedly been the victims of it, as children. And the memory of our discomfort and embarrassment should have been enough to deter us from its practice forever.

But strangely, when we become adult in years, we often forget what it was like to be a child. We forget how keenly children feel, how insufficient their understanding of the ways of grownups is, what it is like to be small and defenseless and to have to stand miserably by while your shortcomings are discussed.

Why do grownups talk about children in their presence? Do we really think children have no ears, no comprehension of words, no sensitivity to glances, no ability to catch implications from adult talk? And what kind of example in manners, in courtesy to others, is communicated to a child who must listen in while he is being discussed?

Such conversation gives sanction to two kinds of behavior (which adults often at great pains try to teach children not to indulge in)—namely, gossiping about other people and eavesdropping on adult conversation.

We must believe that this is simply thoughtlessness and not intent. But it is well to think of its meaning to everyone.

Mother stops for a minute’s conversation with Janet’s nursery teacher. Since Janet is the one thing they have in common, the talk inevitably swings to Janet, no matter where it began. Mother, wanting to be friendly and give the teacher evidence of her approval and support says, “ I really don’t understand how you get her to drink juice at nursery school. She spits it out at home.”

…And if you happen to be in a position to see Janet’s face, you see the flicker of a satisfied smile on her face at this confession of Mother’s helplessness.

We would not suggest, of course, that adults should not talk together about children—their own and other people’s. This is part of adult responsibility, especially that of parents and teachers who share in the guidance and teaching of children. But we do suggest that much of what is said about children in their presence borders on gossip and is destructive to morale. Often the adult uses the device of talking about a child’s problems and difficulties in an effort to teach a lesson obliquely. And the child knows this. He readily gets the slant of the conversation and discovers that it is directed to him, although his actual physical presence is ignored.

Perhaps as a child you had an experience in which interesting adult talk suddenly stopped, and the bewildering comment was made—“Little pitchers have big ears.” If you do have such a memory, you will also recall your sudden sense of guilt, although you had done nothing to feel guilty about. You didn’t know what the silly words, “Little pitchers have big ears,” meant. But it was something that had to do with you, and disagreeably at that.

One of the great needs of the child, and one which does not diminish greatly with age, is the need to feel that not only is he accepted by the important people in his world—and all grownups are important in a child’s world—but also that he is respected. A child doesn’t have the words to label the relationship that accords him respect for what he is and what he tries to do. But he has the feeling. And when this feeling is violated, as it must be when he must stand by and know that he is the subject of secretive conversation (or of conversation that is not at all secretive but that is disregarding his presence), he loses a little of his faith in the grown-up world.”