“The progressive school teaches the child to think for himself instead of passively accepting stereotyped ideas.  It keeps always in mind that each child is different from every other, and that what makes an educated person useful in his particular walk of life, what makes him interesting, what makes him an individual, is not his resemblance to other people, but his differences.” 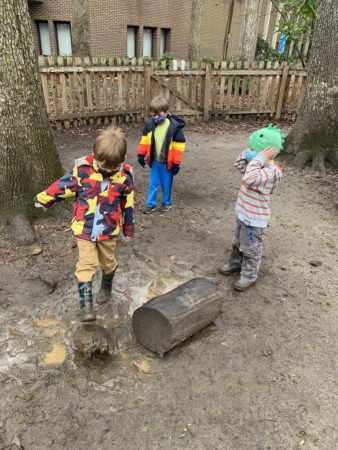 At Open Door, we believe that playing is the most important activity in which children can learn, because it is through play that they learn to solve problems, reason, develop vocabulary, interact socially, and otherwise engage their bodies, minds, hearts and souls. We believe that

Discipline at Open Door School involves the careful construction of an environment which fosters independence, respect, warmth, and comfort. Expectations are stated in a positive rather than negative form. Whenever possible, children are allowed to experience natural and logical consequences of their behavior. Open Door School staff do not punish children and do not force children to apologize. They will, however, encourage children to take notice of their peers’ verbal or facial expressions of feelings, to discuss the choices to help their peer feel better; and think of various acceptable ways of handling similar situations.